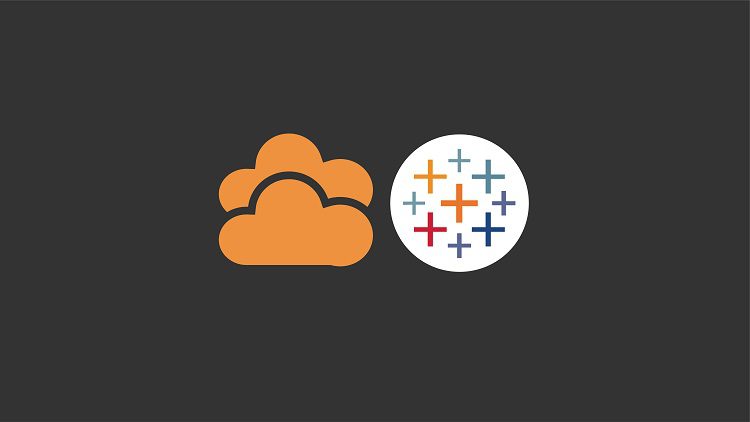 QuickSight is one of the many services Amazon has on offer for its cloud services.  The main feature is the ability to create dashboards for managing databases and picking apart data gathered.  Amazon fully leverages the full capacity of its AI systems to boost data analysis, visualization of gathered data, and general data management purposes - even wording suggestions.  While Amazon Web Services is a very tech-heavy platform, it has proven to be a sturdy and reliable platform with a good set of tools to apply that ties directly into other parts of AWS for ease of use.  The ML-powered engines take in prompts regarding data without too much time consumption for better forecasting.

By comparison, Tableau is also specialized in analytics utilizing AI to better data management and interpretation.  Using their home-grown VizQL, data visualization is made easy and interactive.  It’s surprising how fast users can organize tables, create charts, and other visual tools with immediate feedback as data is organized.  Further quality-of-life features include Slack integration, Einstein Discovery for workflow predictions, and Model Builder that takes models from Einstein Discovery and formats the best potential model.  Overall, the deeper features Tableau has allow it to compete with QuickSight’s better AWS integration.

AWS is an incredibly tricky toolset to get used to and QuickSight is no exception.  Requiring at least some expertise to even get a foot in the door, the learning curve for QuickSight is steep and will take a considerable amount of effort to adapt to.  However, after all of the trial and error comes the ability to perform queries with more interactive elements and detect outliers automatically through the use of machine learning.  QuickSight is also incredibly compatible in terms of integration, assuming the data source is compatible with the AWS platform.  Finally, it has a completely cloud-based presence with no physical components to work with.

Tableau by that mark does come across as much easier to get started with.  It does use R for its compatibility with statistical models, giving users who have a good grasp of the language a boost.  Through the aforementioned VizQL, Tableau further has a generous skill floor for more people to get on board while maintaining depth with the analytical charts.  Capable of real-time updates to data feeds, this also has a positive effect on performance and cost.  Compared to AWS, it does sport much worse compatibility, being only held over with Salesforce.  Though any issues in this regard will eventually be patched, AWS just has better compatibility overall.  As for cloud operations, Tableau does have similar options but performs better in on-premises databases.

QuickSight does come with AWS’ incredibly complex pricing model, but it does come across as cheaper.  To save on costs, data models can be shared with other users on the same account.  It also comes with a feature called Q for fine-tuned queries with additional queries, sessions, and questions costing more per month.  Even with heavier use of this service, users can expect at most within the ballpark of $40 a month with AWS.

By direct comparison, Tableau is much more expensive.  Searching for just decent analytics and performance can put users at roughly twice the monthly bill they would normally get from AWS.  Just using the basic dashboard will net a cheaper price tag, but that’s still stripping back many features that would normally be offered with QuickSight.  While it does have a CRM where QuickSight doesn’t, functionality used for customer relations can also further crank up the price tag to almost five times what can be expected for AWS monthly, making it a difficult sell.

Both services do sport a similar set of features for leveraging AI to better evaluate data gathered that are as sophisticated as they are easy to manage.  Tableau on one hand has managed to build itself an active, ecstatic user base for newer users to ease into using the platform.  Additionally, Tableau is a fully-fledged platform whereas QuickSight is an addon for the various other services that AWS has on its platform.  That said, QuickSight is no slouch and is easy to access and use.  There are templates for users to use that are more directly tailored to usual use cases to streamline deployment.  Beyond that, AWS does require specialized knowledge on how to use the platform.  While Amazon does have a network of accredited specialists that users can get in touch with to help with using AWS, it can be a deciding factor for whether users chose to adopt AWS or another cloud platform.

I am a recent graduate from the University of Wisconsin - Stout and am now working with AllCode as a web technician.