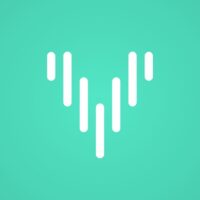 Blockchain technology has the potential to be a windfall for musicians, filmmakers, and video game developers. With the advent of new technology, the way we consume entertainment is changing. Vezt assists artists in distributing their tracks on digital channels and in promoting their work.

Model based on blockchain technology

Blockchain is being used by several firms like Vezt to establish distribution systems with better transparency, which in turn provides appropriate compensation and credit to the right people. The entertainment business has always struggled with questions of ownership and attribution. The introduction of blockchain technology could result in more egalitarian and transparent systems that detail the individuals who are entitled to compensation and why they are entitled to it. You may raise thousands of dollars by collaborating with Vezt. Additionally, you can have the financial means to purchase online advertisements on social media websites, which “assists you in gaining more fans, increasing their streams, and beginning to receive payments for the people who purchased [rights to] those offerings.” In the near future, you will be able to purchase advertisements on YouTube that have resulted in five figures in additional views.

According to Steve Stewart, co-founder of Vezt, “We use blockchain as a digital repository that indicates each transaction – when and where [it occurred] – and that information is stored in the blockchain.” This is a third-party repository that you can access and look at at any time you like. “We deposit a transaction hash into the blockchain – which shows who bought what and when,” says the team behind the project. (A hash function is a function that turns a string of letters and numbers into an encrypted output when given a string of letters and numbers as input. Each and every detail is documented in a public location where everyone can see it, ensuring transparency.

Because of the ISO procedure, you can be confident that the Intellectual Property Rights for your songs are now protected, no matter how many individual fans acquire little bits of various songs through the ISO process in the future.

Introducing Vezt, the first smartphone application that allows music fans to share royalties from songs and recordings by artists they enjoy. Artists, composers, and producers receive funds directly from their fans on a global basis, and Vezt exists to help them enhance their careers in the music industry. Fans gain the right to enjoy royalties earned by their favorite songs and recordings in exchange for their support. Performance rights organizations, publishers, and record labels pay Vezt to collect and track these royalties on their behalf, and Vezt keeps track of these revenues using proprietary blockchain technology that they developed.

In the form of an Initial Song Offering® (ISO™), Vezt provides a digital marketplace for artists and songwriters to share a percentage of a song’s royalties with fans and brands in order to raise royalty-based funding. It specifies a certain day and time when royalty rights will be made available to the general public as part of the Initial Song Offering. An ISO creates a focal point for awareness, demand, and opportunity in the same way that concert tickets for a popular performer may sell out in minutes.

Blockchain technology has the potential to be a windfall for musicians, filmmakers, and video game developers. With the advent of new technology, the way we consume entertainment is changing. Vezt assists artists in distributing their tracks on digital channels and in promoting their work. It provides artists, songwriters, and producers with direct access to funds raised by their fans in exchange for royalties, allowing them to pursue their creative goals.

In addition to actively engaging new members of the Vezt community, it’s social media staff has done an excellent job of keeping informed about exciting forthcoming ISOs. Taking this a step further, they’re now creating regular blog posts to assist new and existing Vezt users in understanding how the platform works and what phrases such as ISO®, Reversion Period, and Publishing Rights actually mean in the first place.

What is a reversionary term?

1-  The period for reversal has expired.

2- The Vezt user or donor has earned and/or been reimbursed for the complete amount of their contribution.

Tips: There must be fulfillment of both of the aforementioned prerequisites. Example: If an individual contributes $100 to a Vezt account and receives an additional $100 in the first year, they will continue to receive royalties earned by the recording or song, as appropriate, until the end of the reversion period.

Jake is a writer and marketing associate for AllCode with a wealth of experience in a variety of industries.